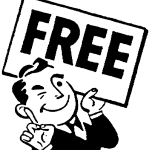 I received a call today from one of our members, Sonny Eddleston (K1USW), who wanted to pass this message along.  He has a tower and some pieces of pipes with a discone antenna on the top. This is all the information I have about this, because he had to get off the phone. If anyone wants this, it would be all free. You just have to take it down. If anyone needs any more information, [send a message to w1aec [at] semara [dot] org and we will provide you with Sonny’s cell phone number]. He lives in Fairhaven, MA. Just passing the word.

The following article appeared on SouthCoastToday.com and in the “The Standard-Times,” a newspaper published in New Bedford, Massachusetts on Thursday, December 10, 2015: 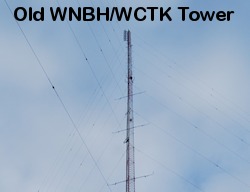 NEW BEDFORD — Over the past week, a 597-foot radio tower that will play the popular country music channel WCTK-FM, has been rising from the Marine Commerce Terminal tower in the South End.
The FM radio tower near the South Terminal site, owned by Hall Communications, is being relocated from the center of the 4-acre parcel of land to the southwest corner so the Massachusetts Clean Energy Center (Mass CEC) which is overseeing construction of the terminal, will have more space to use the whole parcel.

The new tower will be free standing, said Catherine Williams, spokesman for the CEC.

In November 2014, a tower that broadcast both AM and FM signals was deconstructed and a new tower just for the AM signal was built on land near St. Mary’s Cemetery off Route 140. AM radio waves could create a “shock hazard” that would interfere with massive cranes lifting and lowering large objects like turbine parts at the new, larger terminal. State officials said the AM signal had to be relocated.

The FM part of the tower, however, does not negatively affect the cranes, state officials said, and a new FM tower is now being built near the terminal.

South End residents, meanwhile seem undeterred by the new FM radio tower rising into the sky across from their homes.

“It doesn’t bother me,” shrugged Hope Reis, who has lived off South Second Street for 25 years.

Allen Britto, who lives directly across from the tower, said he’d like more information on the project.

“They should have put out more information on the potential impact and health concerns,” said Britto.

“We were wondering what it was,” said Nina Rodrigues, co-owner of Amaral’s Linguica.

“Honestly, I haven’t even thought about it,” said Donna Perry, a resident of South First Street. “If it’s been there the whole time, I have no issues with it.” 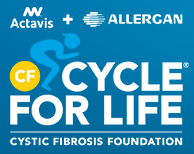 I received the below message from John-WA1ESO that he needs help with the CF bicycle tour on September 19th.  I have helped out with this detail for three years in a row.  It is a fun event and a good way to help the club out as well.  If you can help, send John a email.

SEMARA’s own public service event, the CF bicycle tour for September 19th, could use a couple more hams with 2-meter capability. The event is based at Westport Vineyards and will have hams stationed between Westport, Tiverton and Little Compton.

With the snow coming in on Thursday, I am canceling the March SEMARA business meeting.  Let’s hope we can have a meeting in April when this weather gives us a break.  If all net controls could pass this message on to other members on the net.  If anyone has any questions please let me know.

Due to the holiday, we will NOT have a meeting on January 1st. It will be on January 8th, 2015 which is the following week. Please pass this along to other members. All net controls, please announce this message on your nets. Thank you, 73.