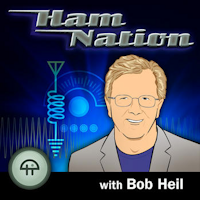 Ham Nation has moved from Tuesday to Wednesday nights effective July 11th and is now available for download in High-Definition.  It is hosted by Bob Heil, K9EID, Gordon West, WB6NOA and George Thomas, W5JDX.  The show covers the excitement of ham radio.  From tossing an antenna wire in a tree allowing you to talk to the world, to the importance of ham radio operators in time of disasters, Ham Nation has it all.

Ham Nation airs LIVE every Wednesday evening at 9:00pm Eastern on Leo Laporte, W6TWT‘s TWiT network.  Before starting his own network, Leo became well known as a show host on The Screen Savers and Call For Help on the former TechTV cable network.  In addition to the TWiT network, he currently hosts the nationally syndicated radio show, The Tech Guy which can also be heard locally on 630 WPRO & 99.7 FM on Sundays from 2-5pm.

You can watch live or listen live to Ham Nation, or download the latest netcast to your PC or portable device.  As of Wednesday, July 12th, 55 episodes of Ham Nation have aired.  Please tell your friends and spread the word about this great show.  It is a niche show that doesn’t have the highest ratings or many advertisers, however if viewship continues to grow, this will help the show stay on the air.